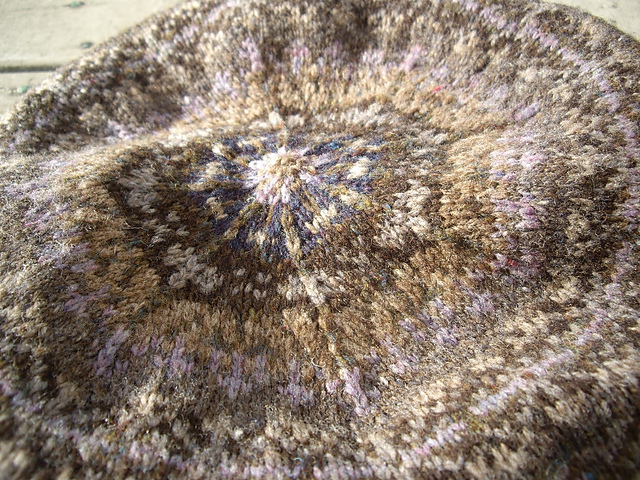 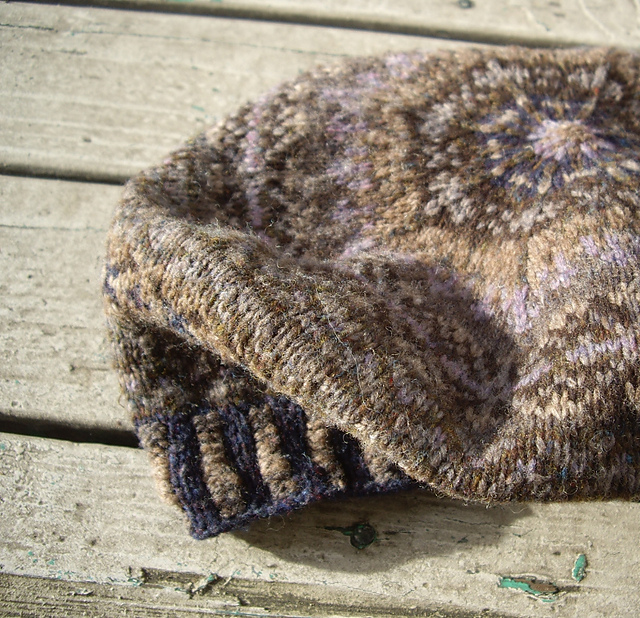 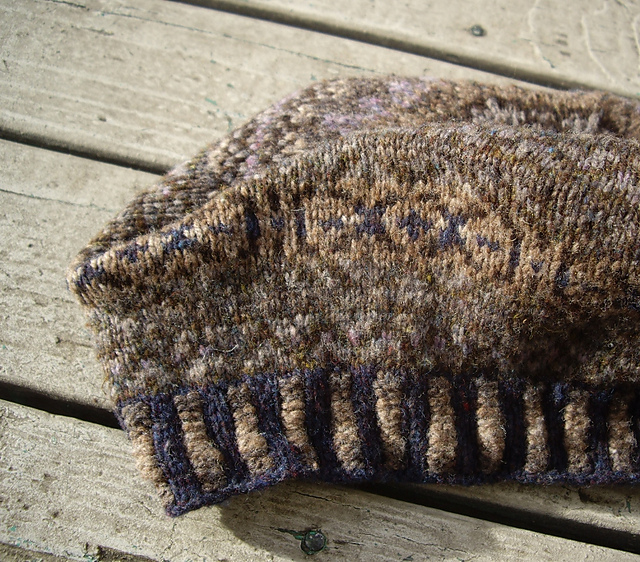 Comments: So much to say. First of all, the most wonderful thing that happened to me today with this hat. I went to Churchmouse Yarns and Tea on Bainbridge Island where I bought the yarn and the pattern a few weeks ago. I was delighted to be able to show my finished version to the employee there who had helped me and she proceeded to show it off to the other staff. It was very well received. Then, just as I was getting ready to leave another woman told me how much she liked my colour choice and that woman turned out to be Sandy Blue, the hat's designer! Extremely gratifying and lovely to meet the creator of such a wonderful design.

The Autumn Tam actually asks for ten different shades and I only used eight so there was a bit of substitution (detailed on Ravelry) and shuffling and ripping back when I just got it wrong. When I looked at the other projects for this design on ravelry I saw that someone had taken a year to knit it which I thought to be perfectly reasonable - it's complex. Well, once I got going on this, I could not put it down. Stranded colourwork would seem to be my metier at the moment; the thrill of seeing how every next row comes out, how the colours will work, how they will develop. And a tam is the perfect size to do this. Thrilling knitting!

Verdict: Wonderful and so warm. Also a surprisingly quick knit which really gives me occasion to think about my languishing projects. I clearly am able to power knit my way through something when I want to!

Labels: autumn tam, made by me, needle + yarn