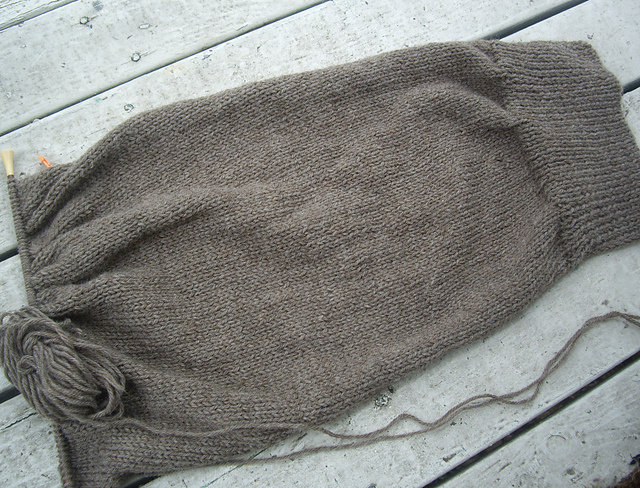 I have learned a lot from this exercise: I don't like the yellow at all, the purple is too harsh and there is not enough contrast, I love the red and pale blue together, the light grey is too cold, the red and burgundy look best against each other in blocks of colour.

And here on the right we have another swatch, this time for Jarrett. Yes, it may look like the greater part of a sleeve, replete with tubular cast-on and increases but it's not, it's a swatch because the gauge is wrong. ::sigh::
Posted by Amelia at 17:55