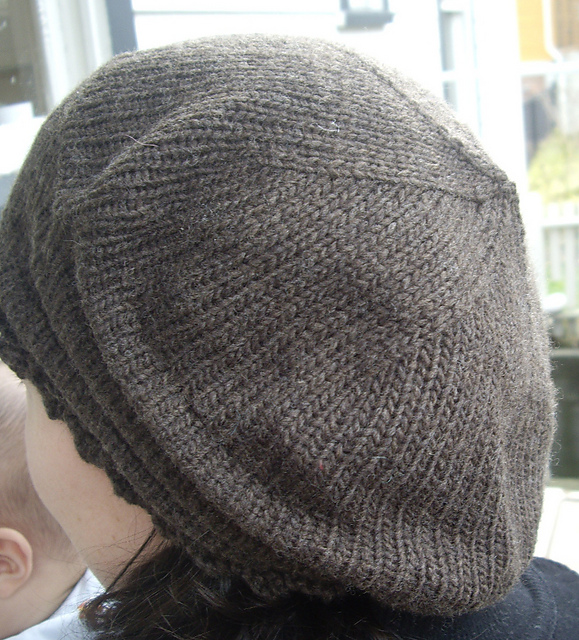 I believe that his first name may have been Lazarus.

The Vital Statistics
Pattern: Ripley by Ysolda Teague.
Size: Larger than large.
Yarn: Naturally Harmony 10 ply, colour 02 which is a dark rich brown; 1.6 skeins. This is a really interesting yarn. Rather than plied, it appears to be felted. It knits well and creates a lovely fabric.
Needles: 5mm.
Start to finish: 5 January to 9 January 2010.
Stash/recycle content: Hmm, what can I say. I already had a skein of this in the cupboard which I bought some time ago out of curiosity for a potential project (I then realised that the project called for the dk weight so that was the end of that). In order to use it up by making a hat, I had to go and buy another skein.

Comments: My first finished item for 2011! I resized this hat to suit the worsted weight yarn that I used which is a bit of a first for me (the resizing that is). I knit the largest size with six extra lace repeats which translated into picking up 12 extra stitches. I made a pleat every fourteenth row (instead of tenth) and folded it down to the fourth row (instead of the second). The pleats were 18 stitches, 1 stitches and 14 stitches wide. After the pleats I knit for 14 rows and did the decreases in six sections (as in the pattern but started with 15 stitches in each section). I then blocked it on a large plate. 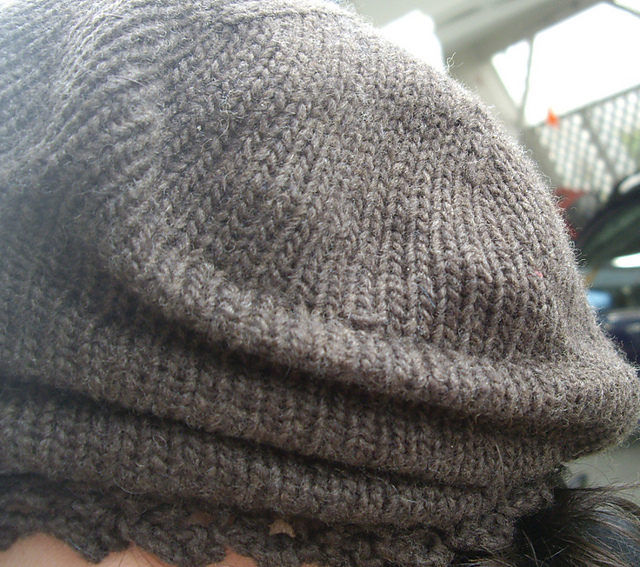 Verdict: I made this hat for myself. I have never been keen on beanies and was delighted when I discovered the concept of the slouchy tam and this design was a bit different with its pleats on the side. Unfortunately, it turns out that what I don't like about beanies is not only the sitting straight across the brow aspect but also their hugging the head quality. This hat was still head hugging and didn't look good, on me. So I blocked it, vigorously in the hope of achieving some volume and the fabric just didn't have enough structure to support that. It was still head hugging and now droopy, on me. I was very disappointed.

But my friend Olivia has much bigger hair than I (not in a hairspray way but in a thick and wavy lovely way), so I gave it to her and it looks great. That's her modelling with a peek of her adorable baby's ear.
Posted by Amelia at 05:39

Labels: made by me, needle + yarn, ripley

Finished object already!! Very impressive. I have similar problems with hats. Want to wear them, but just haven't found the right pattern...

Great hat! Lots of lovely tam type patterns are around at the moment - "Caller Herring" at Needled, for example, but I can only wear hats when the weather is so foul that no one would notice what hat it was.